Bye Aerospace has now received 298 total customer commitments for its two eFlyer models, the eFlyer 2 and the four-seat eFlyer 4. “Norway-based OSM Group is an important European partner in bringing new all-electric aviation technology into mainstream flight training use,” said George E. Bye, CEO of Bye Aerospace. “First deliveries of eFlyer 2 airplanes to OSM are planned for late 2021.” The cost of each eFlyer 2 is approximately $350,000.

“It is important for the airline industry to step up to the challenge of developing more environmentally-friendly transportation,” said Espen Høiby, CEO of OSM Aviation Group, a leading provider of air crews for the international airline industry. “It costs $110 per hour to operate a conventional trainer now. The eFlyer 2 electric planes will cost only $20 per hour to operate. We are committed to a socially responsible and sustainable business.”

OSM currently has just over 20 planes for pilot training, mostly Cessna 172s, which it plans to phase out. “Pilots will receive the same training and the same license that they currently get from flying conventional planes,” Høiby said. “The eFlyer 2s will help OSM expand to more countries, including to the United States.”

“We’re training the next generation of pilots, and are determined to attract the best candidates,” said Bjørn Granviken, Managing Director of the OSM Aviation Academy. “We offer a forward-looking education which they can be proud to take part in. This order for 60 all-electric aircraft is a key step in that respect.”

About Bye Aerospace, Inc.
Bye Aerospace is developing the eFlyer family of aircraft, which brings the full promise of electric propulsion to the market with safety, practicality and reliability. The all-electric system requires no aviation fuel and results in zero emissions and significantly lower noise pollution compared to conventional aircraft. The sleek design also features enhanced speed and altitude performance with extremely low operating costs. George E. Bye is Chairman, CEO and Founder of the company.

OSM Aviation is an innovative and global specialist in the employment, training and administration of cabin crew and pilots worldwide, which has renewed the way airlines approach talent management. In less than five years, it has grown from zero to 6 000 employees. The company is currently present in 18 countries, and its large customer base includes Norwegian, Finnair, Emirates, ASL Aviation and Thomas Cook. OSM Aviation’s pilot training arm, the OSM Aviation Academy, is present in Norway, Sweden and the United States. 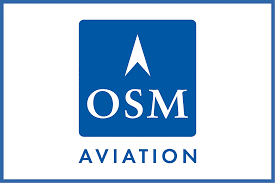 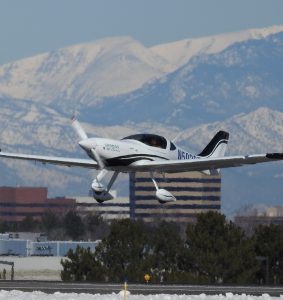